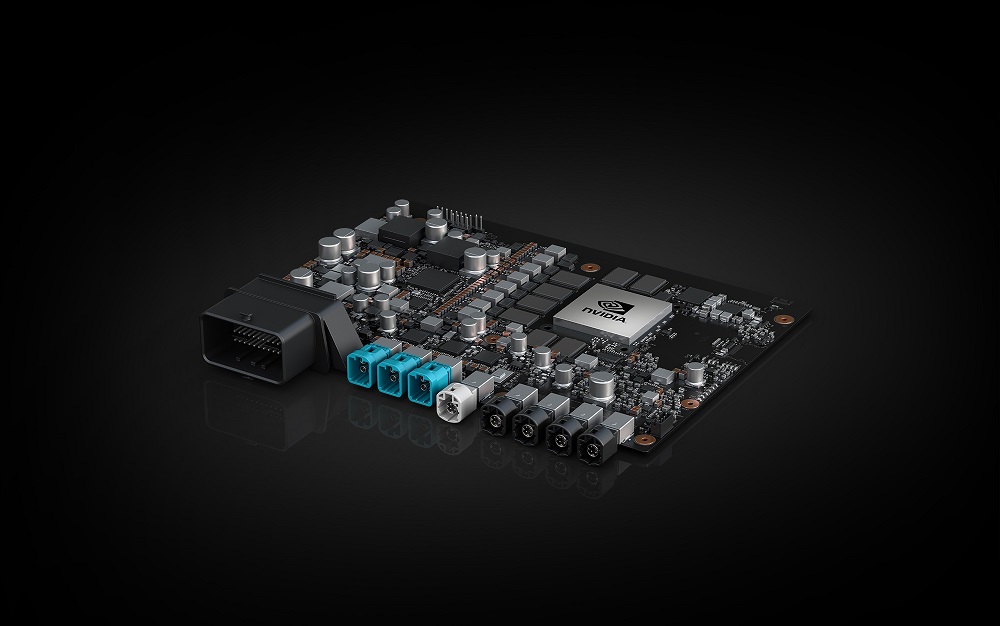 By Ryan Daws | January 8, 2018 | TechForge Media
Categories: Connected Cars, Hardware,
Ryan is an editor at TechForge Media with over a decade of experience covering the latest technology and interviewing leading industry figures. He can often be sighted at tech conferences with a strong coffee in one hand and a laptop in the other. If it's geeky, he’s probably into it. Find him on Twitter: @Gadget_Ry

Nvidia has announced its first Xavier autonomous machine processors are up and running for the company’s self-driving car platform, DRIVE.

Xavier is designed to power the NVIDIA DRIVE software stack which has been expanded to a trio of AI platforms covering every aspect of the experience inside next-generation automobiles.

DRIVE AV — This part of the DRIVE platform was also available in the previous generation and uses neural networks to perform the calculations required for self-driving cars.

DRIVE IX — The first of the two new inclusions is a software development kit which enables AI assistants that can harness data from sensors inside and outside the vehicle.

DRIVE AR — While there have been many advancements around self-driving technologies and AI assistants for cars, augmented reality is still relatively unexplored. With DRIVE AR, Nvidia intends to enable new graphical experiences which can deliver things such as information about points of interest along the route.

The processor has been in development for over four years and represents the work of over 2,000 engineers. Xavier features more than nine billion transistors and Nvidia claims it’s the most complex system-on-a-chip (SoC) ever created.

These features come together to calculate 30 trillion operations per second while consuming just 30 watts. Nvidia claims this generation of its DRIVE platform is 15 times more energy efficient than its previous.

Nvidia Pegasus is the company’s supercomputer for self-driving cars. It uses two Xavier SoCs in tandem with two next-generation GPUs to deliver 320 trillion operations per second of performance.

Customers are due to receive their first samples of Pegasus in mid-2018.

What are your thoughts on Nvidia’s new Xavier SoC? Let us know in the comments.