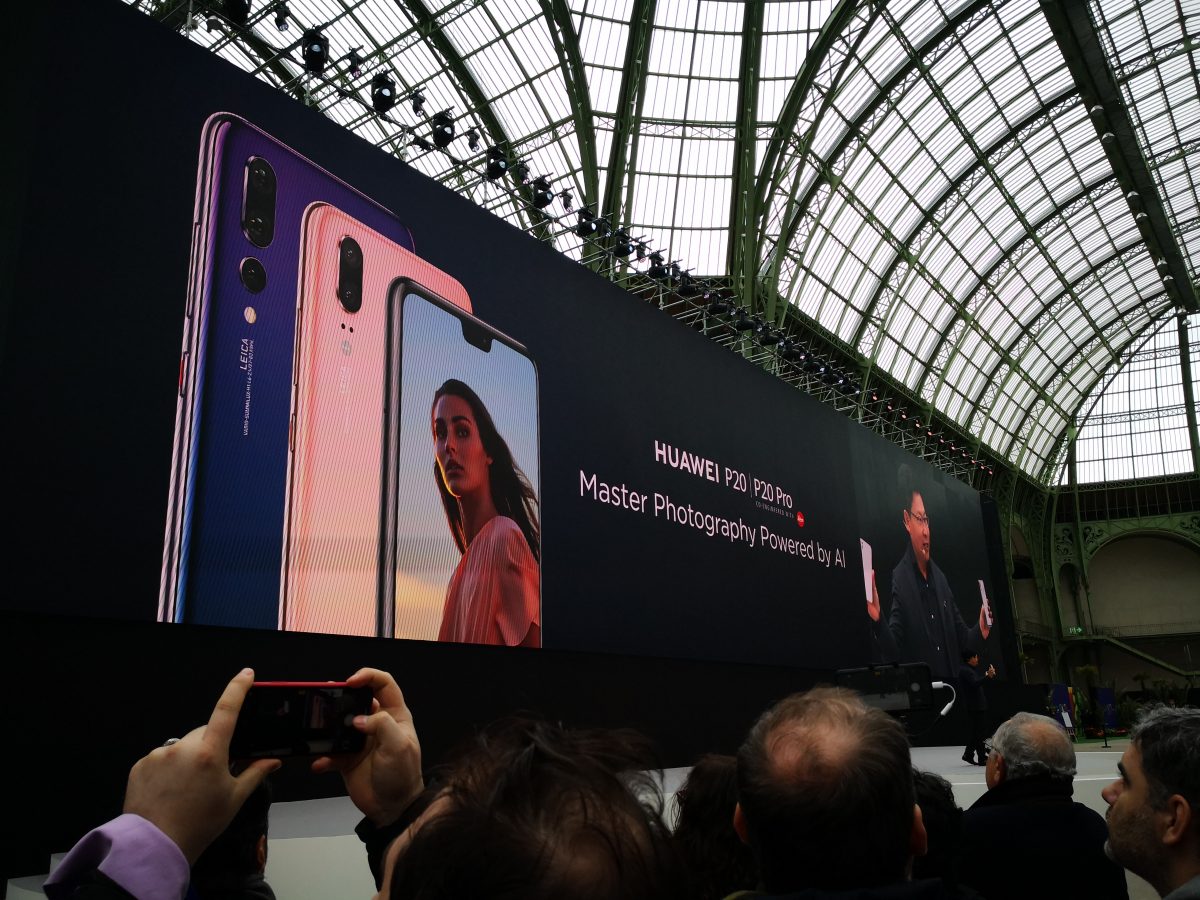 By Ryan Daws | March 28, 2018 | TechForge Media
Categories: Machine Learning, Smartphones,
Ryan is an editor at TechForge Media with over a decade of experience covering the latest technology and interviewing leading industry figures. He can often be sighted at tech conferences with a strong coffee in one hand and a laptop in the other. If it's geeky, he’s probably into it. Find him on Twitter: @Gadget_Ry

Huawei has unveiled its P20 flagship smartphone and we were at the launch to see how AI is helping the company differentiate from its competition.

Last year, we covered the impressive AI-powered capabilities of the Mate 10 Pro. This year, the company is starting to really take advantage of its dedicated NPU (Neural Processing Unit).

Before we dive into the nitty-gritty of the features, it’s worth taking a second to appreciate the effort Huawei puts into developing its technologies. In fact, Huawei now spends €10.4 billion each year on R&D to rank it sixth place globally. For perspective, this is even ahead of Apple.

It’s clear the company’s R&D is resulting in real-world performance. Compared against the AI processing capabilities of market-leading chips from Qualcomm and Apple, the Kirin processor developed by Huawei beats them across a range of benchmarks.

We all know benchmarks are one thing, but it’s what the performance offers to end users which matters.

Last year, Huawei introduced what it called the ‘First Generation AI Camera’ in the Mate 10. We were impressed with the speed in which the AI could detect scenes and objects to optimise the camera for the best shots, but the number it could recognise was limited.

Huawei is building on last year’s functionality to offer what it’s calling ‘Pro Skills with Master AI’ to its users. The company aims to offer the capabilities of a dedicated camera with the simplicity expected from a smartphone.

As of writing, it certainly appears to have succeeded. The P20 now tops the DxOMark rankings which are often seen as the closest to an industry standard. This feat was achieved through a combination of innovative hardware and, of course, artificial intelligence.

The onboard AI can now recognise 500+ scenarios across 19 categories. While impressive, you’d be right to say the scene detection is an expected iterative upgrade over last year’s innovation. However, that’s not all Huawei had for us today.

The results are pretty spectacular. The AI is really a (serious) advancement of EIS, with the NPU using machine learning algorithms to predict and counteract shaky movements on a frame-by-frame basis.

DxOMark is once again impressed. Ranking the video recording side of the P20 Pro alone, the company gave a score of 98 to set yet another record.

Huawei’s AIS is also used for still photographs to an impressive degree. Anyone with some knowledge of photography will know that in order to get decent night shots you will often find yourself needing to hold a camera very still to allow enough light into the sensor. In the past, especially with smartphones, this required a tripod. Now Huawei claims its AIS is eliminating the need for most scenarios.

A photo taken by Huawei CEO Richard Yu was shown to the audience. At first, it seemed disappointing compared to other shots we’d seen throughout his presentation. Yu then revealed the buildings in the background of his photo were unable to be seen by his own eye yet clearly visible in the photo. Along with the AIS, this would have been aided by the camera’s maximum ISO sensitivity of 102400 (the same as a Canon 5D Mark IV DSLR.) For comparison, the iPhone X’s maximum is 6400.

Motion photography can be notoriously difficult and it often leaves users with blurry photos during the most critical moments. A feature Huawei is calling ‘4D Predictive Focus’ uses AI to keep track of objects in motion and where they’re heading to predict where it needs to focus next for the best shots. We had a brief chance to test out the feature on a person on a swing and the shot was in full focus in contrast to even our Mate 10 Pro despite that device also having a well-respected camera setup.

While this sums up the significant advancements Huawei has made in photography through AI, it’s not all it’s been doing in the field. We had a chance to sit down and interview the company’s director of AI product management and we’ll be posting our insights from that conversation in the coming days.

Are you impressed with Huawei’s use of AI for photography? Let us know in the comments.