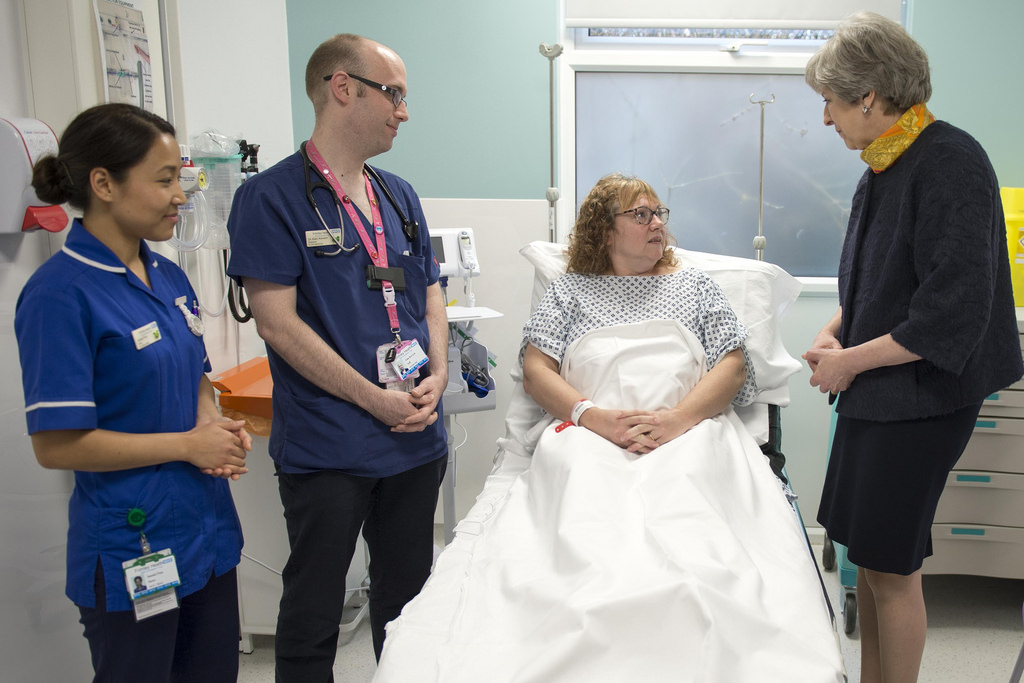 By Ryan Daws | May 21, 2018 | TechForge Media
Categories: Healthcare, Machine Learning,
Ryan is an editor at TechForge Media with over a decade of experience covering the latest technology and interviewing leading industry figures. He can often be sighted at tech conferences with a strong coffee in one hand and a laptop in the other. If it's geeky, he’s probably into it. Find him on Twitter: @Gadget_Ry

Prime Minister Theresa May will use a speech today in Cheshire to highlight the potential of AI to diagnose cancer earlier.

Cancer has a higher successful treatment rate the earlier it’s diagnosed. The later the diagnosis, the greater the risk of death or long-term debilitating effects.

In her speech, Mrs May will say:

“Late diagnosis of otherwise treatable illnesses is one of the biggest causes of avoidable deaths.

The development of smart technologies to analyse great quantities of data quickly, and with a higher degree of accuracy than is possible by human beings, opens up a whole new field of medical research and gives us a new weapon in our armoury in the fight against disease.

Achieving this mission will not only save thousands of lives, it will incubate a whole new industry around AI-in-healthcare. It will create high-skilled science jobs across the country – drawing on existing centres of excellence in places like Edinburgh, Oxford, and Leeds – and help to grow new ones.”

At least 50,000 people a year suffering from lung, prostate, ovarian, or bowel cancer will be diagnosed earlier due to AI, May will claim.

To achieve this goal, researchers will require access to large amounts of medical records to cross-reference patients’ lifestyles, genetics, and prior conditions to highlight when individuals are most at risk.

The UK’s National Health Service (NHS) has vast amounts of data. Every time a patient visits a service anywhere in the country, a record is made.

A patient’s medical record can include:

How this data is shared and used to improve medical care remains a controversial topic. For example, the NHS’ sharing of data with Google-owned DeepMind has often come under scrutiny.

An independent panel last year found the deal between DeepMind and the Royal Free NHS Foundation Trust to develop an app for diagnosing kidney disease was ‘illegal’ and did not do enough to safeguard patient data.

Theresa May’s party, the Conservatives, have also faced widespread criticism over under-funding and privatisation of the NHS — leading to increased staff pressure and longer waiting times for patients.

If employed correctly, the automation offered by AI has the potential to greatly reduce staff pressure and improve patient care.

“Earlier detection and diagnosis could fundamentally transform outcomes for people with cancer, as well as saving the NHS money,” comments Sir Harpal Kumar, CEO of Cancer Research. “Advances in detection technologies depend on the intelligent use of data and have the potential to save hundreds of thousands of lives every year.”

“We need to ensure we have the right infrastructure, embedded in our health system, to make this possible.”

What are your thoughts on the use of AI in healthcare? Let us know in the comments.