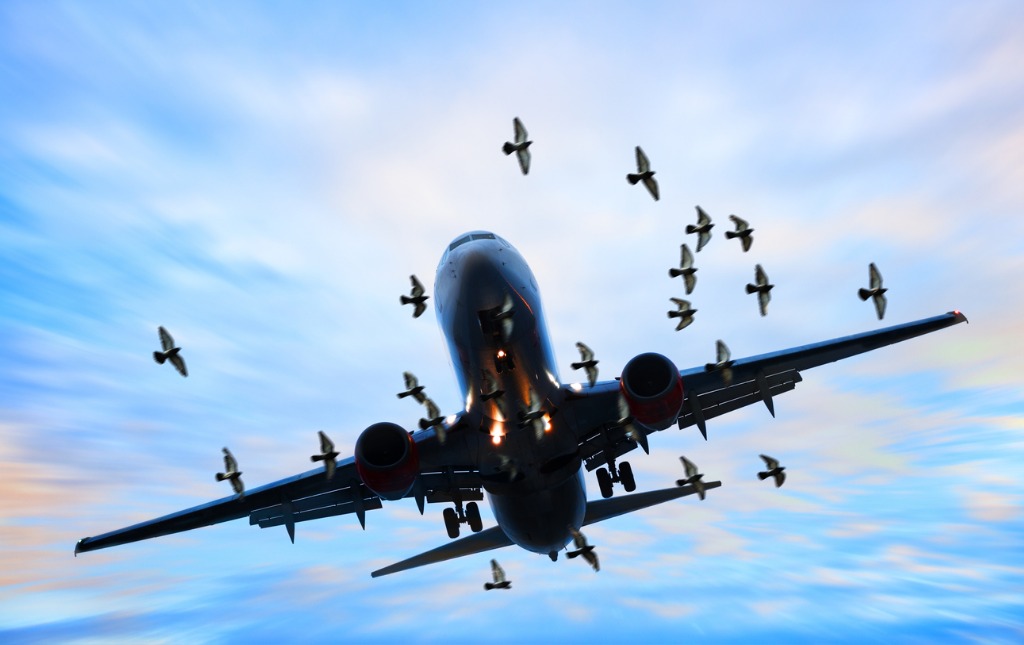 By Ryan Daws | August 8, 2018 | TechForge Media
Categories: Drones, IoT, Robotics, Smart Cities,
Ryan is an editor at TechForge Media with over a decade of experience covering the latest technology and interviewing leading industry figures. He can often be sighted at tech conferences with a strong coffee in one hand and a laptop in the other. If it's geeky, he’s probably into it. Find him on Twitter: @Gadget_Ry

Most airports are working to keep drones away, but a new AI-powered breed could help to improve safety by steering birds clear of airspace.

While rare, birds can pose a serious problem to aircraft – from broken windshields to engine failures.

That’s not to say bird strikes themselves are uncommon. Between 1990-2015, there were 160,894 bird strikes on US aircraft. Each year, bird strikes cost US airlines an estimated $1.2 billion.

Only .025% (40) of those strikes resulted in an accident. While the danger to human life is low, few of the aforementioned birds will have survived their impromptu meeting with a jet plane.

The engineers behind the project were inspired by the 2009 US Airways Flight 1549 incident which became known as the ‘Miracle on the Hudson’ and received a multi-award winning film adaptation named after Captain Sully.

Shortly after take-off from LaGuardia Airport, the plane struck a flock of geese and lost all engine power. The skilled pilots were able to perform a safe water landing on the Hudson River with zero casualties.

“The passengers on Flight 1549 were only saved because the pilots were so skilled.

It made me think that next time might not have such a happy ending, so I started looking into ways to protect airspace from birds by leveraging my research areas in autonomy and robotics.”

Using drones to herd birds away can be dangerous. Approach incorrectly and the birds could be spooked into scattering in an uncontrolled manner that could pose an even greater danger.

Birds often respond to changes by others near them for a coordinated response. By positioning the drone as a potential danger rather than imminent, the birds along the edge of a flock can be encouraged to make course changes which affect those further into the flock.

Rushing in with a drone will cause the birds to panic and act individually.

Chung and his team built an algorithm with this in mind. When testing on a flock of birds near a field in Korea, the researchers found a single drone could keep a flock of dozens of birds out of a designated airspace.

The current limitation is that it can only control one flock of birds at a time. Chung and his team are exploring how the project can be scaled up.

Most drones today are used for entertainment or military purposes. In recent months, we’ve seen a deeper exploration of how they could offer tangible benefits for things such as emergency response.

Today, we’ve seen another example of a benefit drones could bring to society.

The full paper titled ‘Robotic Herding of a Flock of Birds Using an Unmanned Aerial Vehicle’ can be found here.

What are your thoughts on the use of drones to keep birds away from airports? Let us know in the comments.