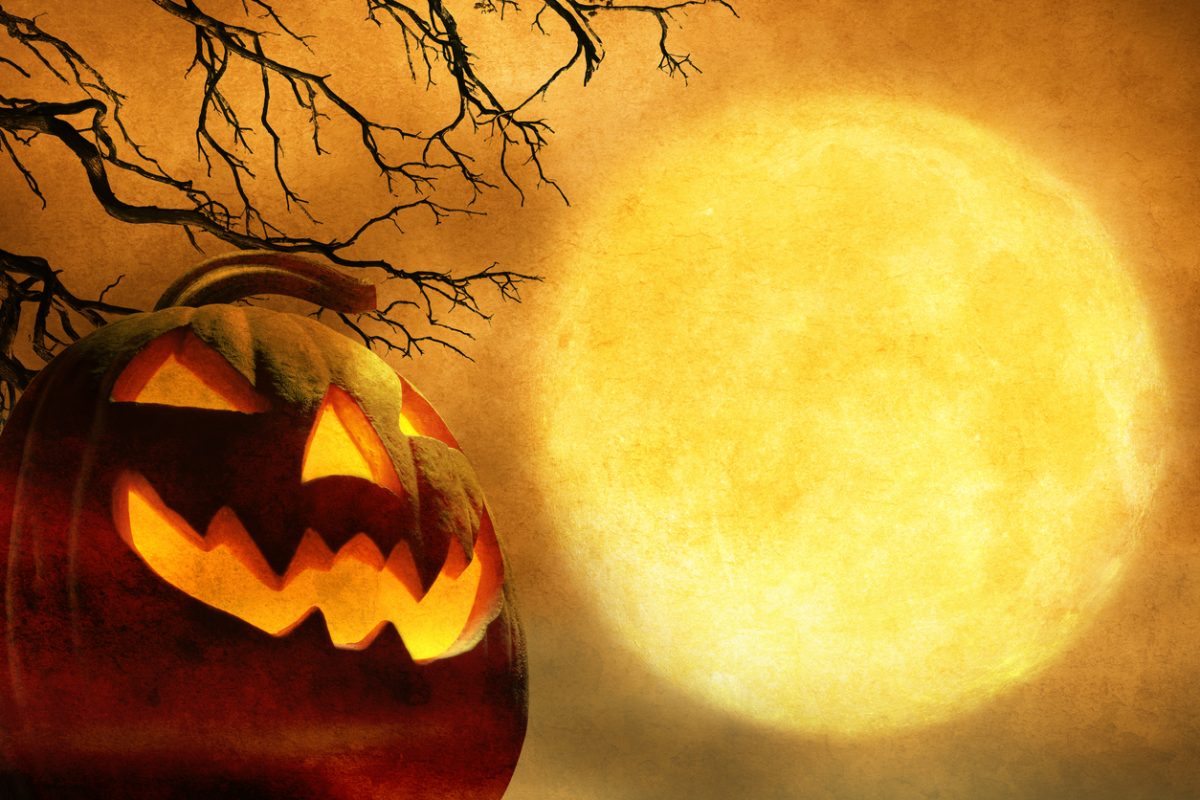 By Ryan Daws | October 31, 2018 | TechForge Media
Categories: Entertainment & Retail,
Ryan is an editor at TechForge Media with over a decade of experience covering the latest technology and interviewing leading industry figures. He can often be sighted at tech conferences with a strong coffee in one hand and a laptop in the other. If it's geeky, he’s probably into it. Find him on Twitter: @Gadget_Ry

The possibilities of AI are far-reaching but perhaps few would have expected it to be creating otherworldly tales and sounds.

A pair of AIs could help to make your Halloween festivities this year spookier by auto-generating some creepy material.

The first AI, created by Botnik Studios, uses stories from the ‘Give Yourself Goosebumps’ book series to create a brand new interactive story.

“We took ‘Give Yourself Goosebumps’ as our inspiration and threw those books into our predictive text writing software.

Our goal was to create a playable ‘Choose Your Own Adventure’ style book where every word comes from ‘Give Yourself Goosebumps’.”

The book is titled ‘Give yourself Goosebumps: Welcome To Sand Hands’ and claims to have over 20 different endings.

It starts with the protagonist missing the school bus. A possible solution, of course, involves a shortcut by “walking — through Zombie Forest!”

A look at the first couple of pages shows the story is far from ready for publishing but it’s amusing and draws the reader in:

I don’t know about you, but I do want to know what ‘shmare’ is and why ‘Aunt Mom’ is keeping cheese sauce in her purse. I also want to know why the protagonist is friends with someone who loves their cousin’s feet, how the person is hearing yellow, and more about Pancakes Rocky who frankly sounds a bit of a legend that deserves his own spin-off.

There is so much going on and we’re only two pages in. The AI writer is even rather poetic, calling heavy schoolbooks ‘like bricks made of facts’.

From what I’ve read it doesn’t seem likely this story will be giving anyone nightmares, but the scare factor could be ramped up with some creepy music.

An AI experiment from MIT called ‘The Uncanny Musicbox’ aims to replicate the atmospheric soundtracks to any good horror flick.

The researchers achieved this using a large number of midi files in tandem with several horror movie soundtracks as ‘primer melodies’ to give the AI a starting point to make up the rest.

You can hear demo mixes below with the soundtrack they’re based on:

The experiment from MIT is the latest in a series dating back to 2016 where each year a different horror-themed AI project was conducted.

In 2016, an experiment called Nightmare Machine was among the first AI projects that tackles a specific challenge: can AI not only detect, but induce extreme emotions such as fear in humans?

All of these projects show how AI can help scare us, for us weirdos that enjoy it.