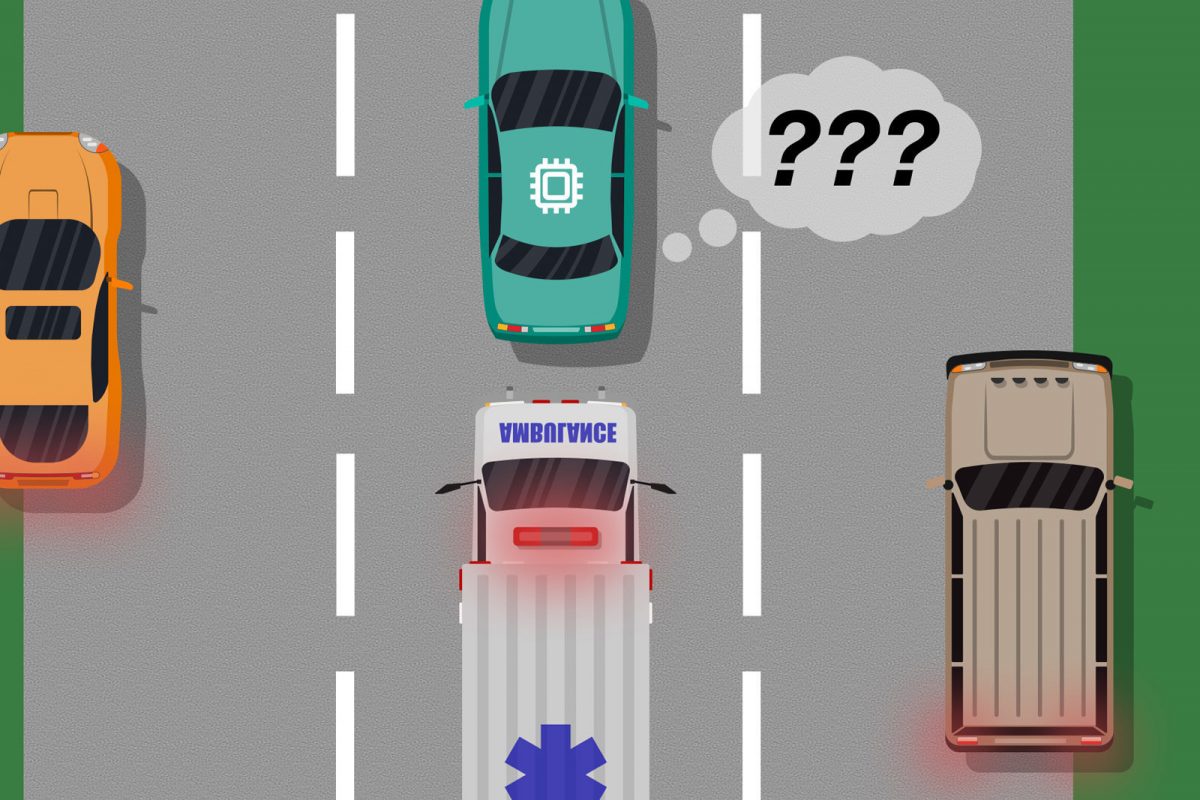 By Ryan Daws | January 28, 2019 | TechForge Media
Categories: Connected Cars, Deep Learning, IoT, Machine Learning, Microsoft, Research, Smart Cities, Travel,
Ryan is an editor at TechForge Media with over a decade of experience covering the latest technology and interviewing leading industry figures. He can often be sighted at tech conferences with a strong coffee in one hand and a laptop in the other. If it's geeky, he’s probably into it. Find him on Twitter: @Gadget_Ry

Microsoft and MIT have partnered on a project to fix so-called virtual ‘blind spots’ which lead driverless cars to make errors.

Roads, especially while shared with human drivers, are unpredictable places. Training a self-driving car for every possible situation is a monumental task.

The AI developed by Microsoft and MIT compares the action taken by humans in a given scenario to what the driverless car’s own AI would do. Where the human decision is more optimal, the vehicle’s behaviour is updated for similar future occurrences.

Ramya Ramakrishnan, an author of the report, says:

Many times, when these systems are deployed, their trained simulations don’t match the real-world setting [and] they could make mistakes, such as getting into accidents.

The idea is to use humans to bridge that gap between simulation and the real world, in a safe way, so we can reduce some of those errors.”

For example, if an emergency vehicle is approaching then a human driver should know to let them pass if safe to do so. These situations can get complex dependent on the surroundings.

On a country road, allowing the vehicle to pass could mean edging onto the grass. The last thing you, or the emergency services, want a driverless car to do is to handle all country roads the same and swerve off a cliff edge.

Humans can either ‘demonstrate’ the correct approach in the real world, or ‘correct’ by sitting at the wheel and taking over if the car’s actions are incorrect. A list of situations is compiled along with labels whether its actions were deemed acceptable or unacceptable.

The researchers have ensured a driverless car AI does not see its action as 100 percent safe even if the result has been so far. Using the Dawid-Skene machine learning algorithm, the AI uses probability calculations to spot patterns and determine if something is truly safe or still leaves the potential for error.

We’re yet to reach a point where the technology is ready for deployment. Thus far, the scientists have only tested it with video games. It offers a lot of promise, however, to help ensure driverless car AIs can one day safely respond to all situations.