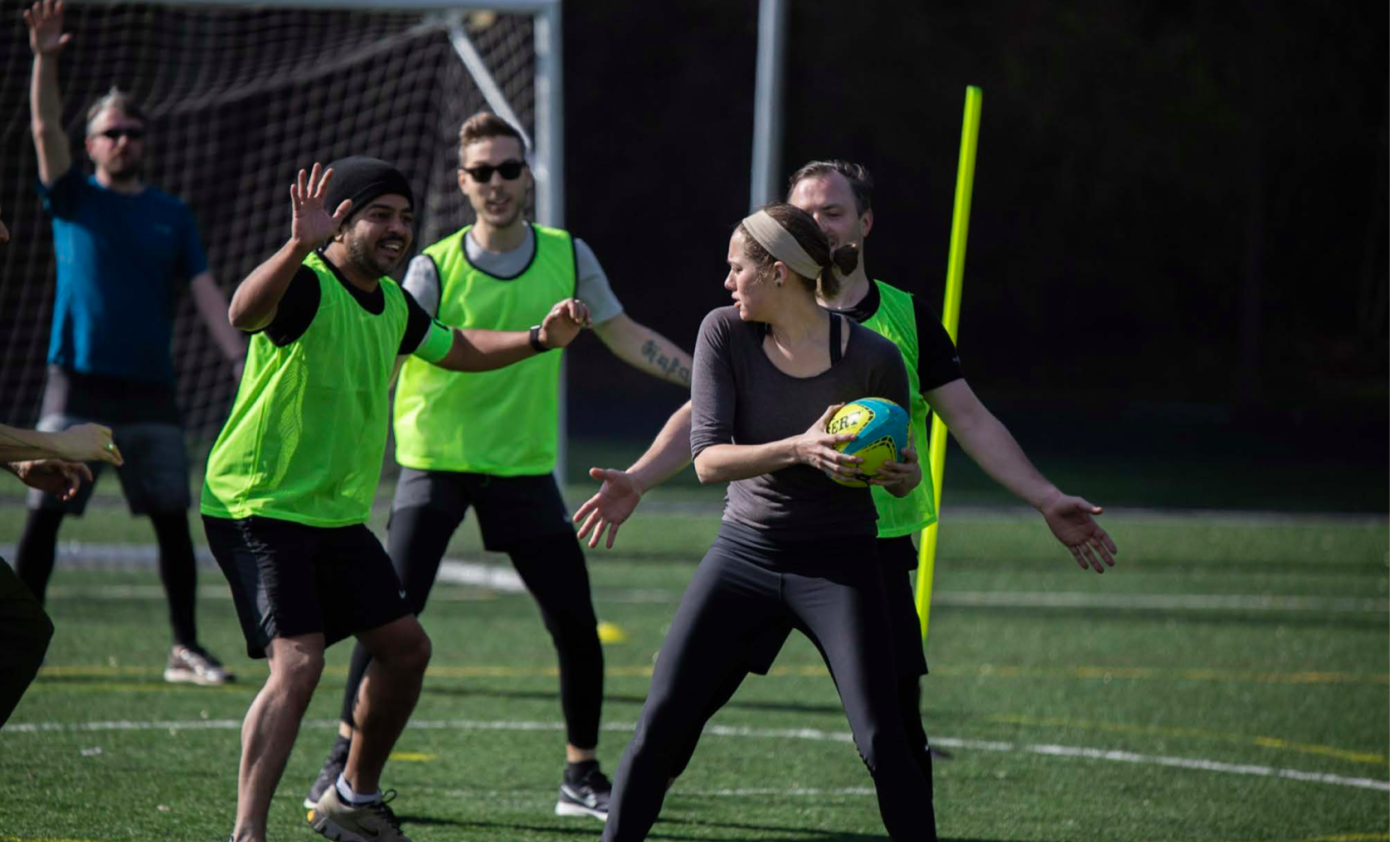 By Ryan Daws | April 15, 2019 | TechForge Media
Categories: Entertainment & Retail, Gaming,
Ryan is an editor at TechForge Media with over a decade of experience covering the latest technology and interviewing leading industry figures. He can often be sighted at tech conferences with a strong coffee in one hand and a laptop in the other. If it's geeky, he’s probably into it. Find him on Twitter: @Gadget_Ry

A benevolent AI has begun creating some new sports for humans to keep their puny selves occupied with.

Most sports have been established for some time and ‘new’ ones are generally just similar but with some tweaked rules.

Design agency AKQA set out to create a truly new sport with help from an AI – meet, Speedgate.

To score, players must first kick a ball through a centre gate which they’re unable to step through. After which, they can score a point by putting a ball through either of the end gates. If a teammate catches the ball and ricochets it back through, an extra point is scored.

To keep things fast-paced, the ball cannot be still for more than three seconds.

Rather than a rewrite of the rules of an existing sport, Speedgate sounds more like a collision of several. There are elements of soccer (I’m a Brit, so don’t tell my mates I called it that but NFL is king…), basketball/netball in terms of not standing still for long, and I’d imagine even some dodgeball.

That’s probably of little surprise when you hear how the AI came to create its new sport.

Data from 400 existing sports was fed into a neural network before it spat out some basic outlines for a sport and its accompanying rules. Some of these rules, while pretty awesome, were unrealistic. Many of us would like to see things like exploding Frisbees – but health and safety people are sticklers.

Playtests were then used to whittle down the sports to one champion. AKQA is now in discussions with the Oregon Sports Authority to get a Speedgate league going this summer.

It’s a cool example of what AI is able to create, but let’s make a pact to keep clips of The Hunger Games locked away. After all, AIs are already beating us at our own creations

Interested in hearing industry leaders discuss subjects like this and their use cases? Attend the co-located AI & Big Data Expo events with upcoming shows in Silicon Valley, London, and Amsterdam to learn more. Co-located with the IoT Tech Expo, Blockchain Expo, and Cyber Security & Cloud Expo..