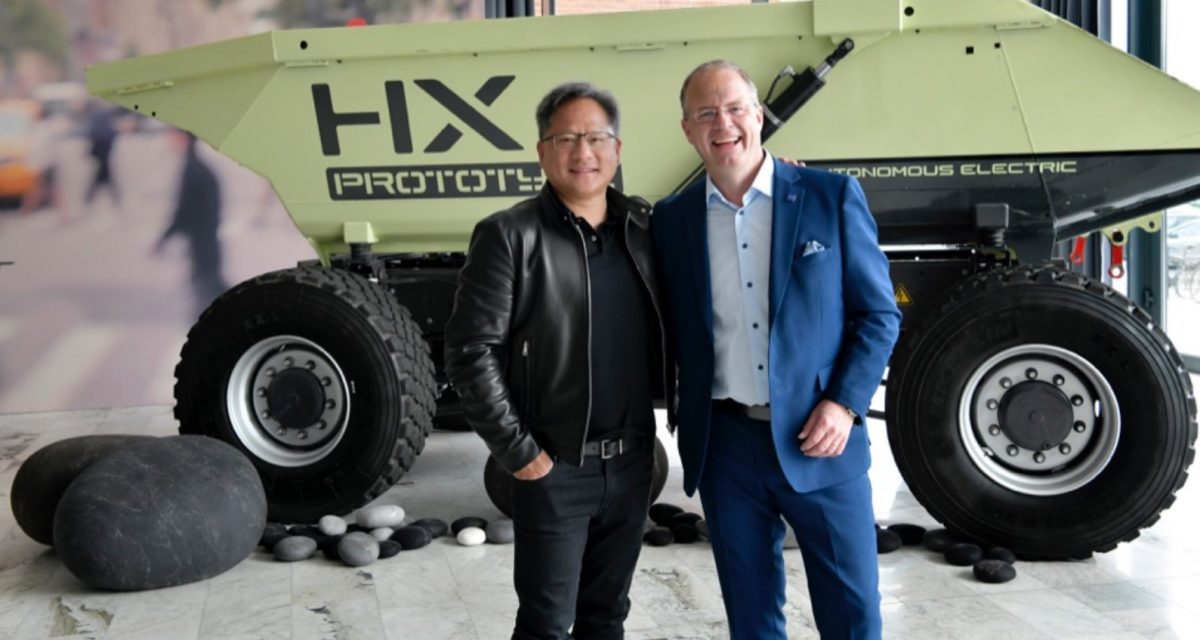 By Ryan Daws | June 18, 2019 | TechForge Media
Categories: Connected Cars, Machine Learning, Nvidia, Robotics, Smart Cities,
Ryan is an editor at TechForge Media with over a decade of experience covering the latest technology and interviewing leading industry figures. He can often be sighted at tech conferences with a strong coffee in one hand and a laptop in the other. If it's geeky, he’s probably into it. Find him on Twitter: @Gadget_Ry

Volvo and Nvidia have formed a partnership that will see the pair collaborate on AI technology for self-driving vehicles.

“Partnership is the new leadership. If we are to succeed in the future with speed, quality, and safety – and to gain benefits of autonomous driving – we need to partner up with the best guys. In this world of unknowns, you need a partnership built on trust.”

By applying AI to trucks, Volvo hopes to disrupt industries from public and freight transport, to forestry and construction.

“Trucking is the world’s largest network – a network that through online shopping puts practically anything, anywhere in the world, quickly within our reach.

The latest breakthroughs in AI and robotics bring a new level of intelligence and automation to address the transportation challenges we face. We are thrilled to partner with Volvo Group to reinvent the future of trucking.”

The deal with Volvo is a particular boost for Nvidia and its AI technology for self-driving cars after Tesla ditched the firm last year. Tesla CEO Elon Musk said the company would focus on creating its own chips.

Nvidia debuted its ‘Xavier’ processors for the company’s DRIVE autonomous car platform last year. Xavier was in development for over four years, represents the work of over 2,000 engineers, features more than nine billion transistors, and Nvidia claims it’s the most complex system-on-a-chip (SoC) ever created

During a conference call in August last year, Huang said: “It’s super hard to build Xavier and all the software stack on top of it. If it doesn’t turn out for whatever reason for them [Tesla] you can give me a call and I’d be more than happy to help.”

Nvidia has made a name for itself as the maker of powerful GPUs, traditionally for gaming purposes. The company has been increasingly shifting gears into other computation-heavy areas like AI and machine learning.

Automotive chips accounted for $641 million of Nvidia’s $11.7 billion in revenue in its most recent fiscal year.