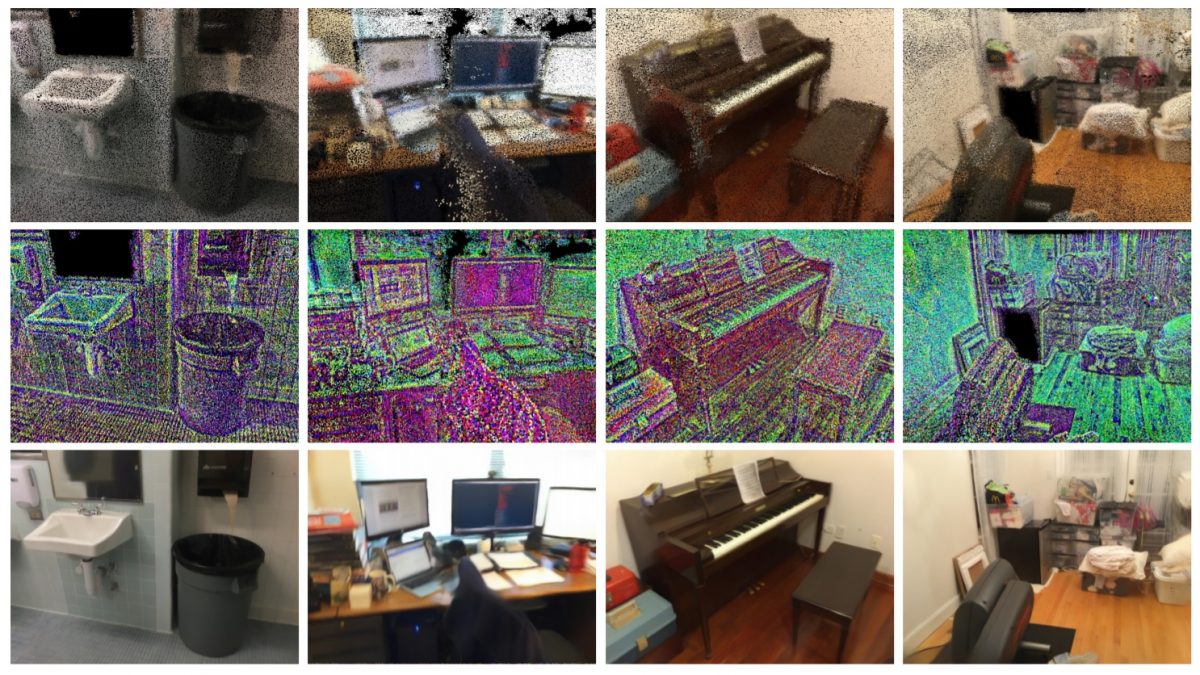 By Ryan Daws | July 30, 2019 | TechForge Media
Categories: Neural Network, Samsung,
Ryan is an editor at TechForge Media with over a decade of experience covering the latest technology and interviewing leading industry figures. He can often be sighted at tech conferences with a strong coffee in one hand and a laptop in the other. If it's geeky, he’s probably into it. Find him on Twitter: @Gadget_Ry

Three researchers at Samsung have created an AI which can generate realistic 3D renders of video scenes.

In a paper detailing the neural network behind the AI, the researchers explained the inefficient process of creating virtual scenes today:

The latter process usually provides noisy and incomplete point cloud that needs to be further processed by applying certain surface reconstruction and meshing approaches. Given the mesh, the texturing and material estimation processes determine the photometric properties of surface fragments and store them in the form of 2D parameterized maps, such as texture maps, bump maps, view-dependent textures, surface lightfields.

A video input is converted into points which represent the geometry of the scene. These geometry points are then rendered into computer graphics using a neural network, vastly speeding up the process of rendering a photorealistic 3D scene.

Here’s the result in a video of a 3D scene created by the AI:

Such a solution could one-day help game development, especially video game counterparts of movies that are already being filmed. Footage from a film set could provide a replica 3D environment for game developers to create interactive experiences in. Or, perhaps, you could relive events like your wedding day using just an old video and a VR headset.

Before such a point is reached, some advancements still need to be made. Current scenes cannot be altered and any large deviations from the original viewpoint results in artifacts. Still, it’s a fascinating early insight at what could be possible in a not-so-distant future.

You can read the full paper here or find the project’s Github page here.