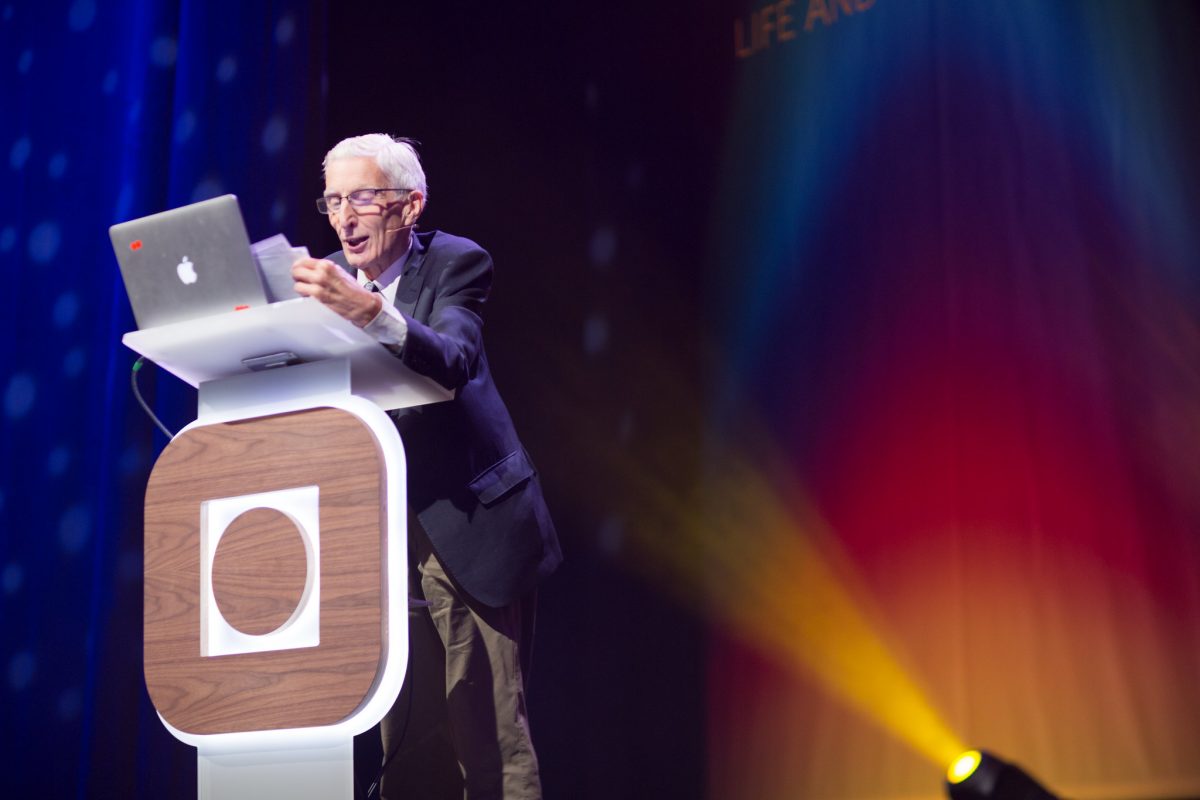 By Ryan Daws | October 22, 2019 | TechForge Media
Categories: Ethics, Government, Policy, Society, UK,
Ryan is an editor at TechForge Media with over a decade of experience covering the latest technology and interviewing leading industry figures. He can often be sighted at tech conferences with a strong coffee in one hand and a laptop in the other. If it's geeky, he’s probably into it. Find him on Twitter: @Gadget_Ry

British astrophysicist Sir Martin Rees spoke of the need for a living wage in the era of AI during a recent speech.

The speech, titled Surviving the Century, kicked off the 2019/20 season of the Perimeter Institute Public Lecture Series. Rees highlighted some of the dangers facing humanity, the outlook for humans venturing to other planets, and the use of technology to become a “post-human” species.

AI will destroy some existing jobs. There is, however, a fierce industry debate around just how many jobs are at risk and whether AI will create enough new roles to replace them.

“Will this new age be like earlier disruptive technologies – the car for instance – and create as many jobs as it destroys, or will it be different this time?” questions Rees.

The other big uncertainty is whether newly-created jobs will be accessible to anyone but the most academic in society. As such, the rapid pace of AI advancements risks increasing the divide between the richest and poorest.

Established businesses can afford to reap the benefits of automation while replacing people whose livelihoods depend on them. Small businesses will struggle to afford the technologies afforded by more established players and therefore will face even more of a battle to be competitive. Poorer families will find it more difficult to ensure members of their household are equipped with the skills they need to succeed.

“The money earned by robots will clearly generate huge wealth for an elite of individuals and companies,” Rees says. “To preserve a healthy society will require a massive redistribution of that income to ensure that everyone has at least a living wage.”

A living wage has been mulled for a long time but has re-emerged alongside the debate surrounding AI’s impacts. Advocates believe a living wage offers a guaranteed basic standard of living for everyone while opponents argue that it provides little incentive to work and is economically unsustainable.

Rees clearly understands both arguments and proposes that “everyone has a living wage, but this shouldn’t be a handout. It should be achieved by creating huge numbers of upgraded public service jobs where the human element is crucial and which are now undervalued, and where demand is huge.“

The initial countries Rees sees such a guaranteed job scheme happening in are China, Scandinavia, and Canada. However, he argues that he sees it less likely to happen in countries “that fetish low tax rates” such as the UK and US.

AI will have a huge impact on our societies and it’s becoming increasingly clear it needs to be matched by radical changes to how economies work. The template proposed by Rees sounds like one of the most plausible suggestions yet.