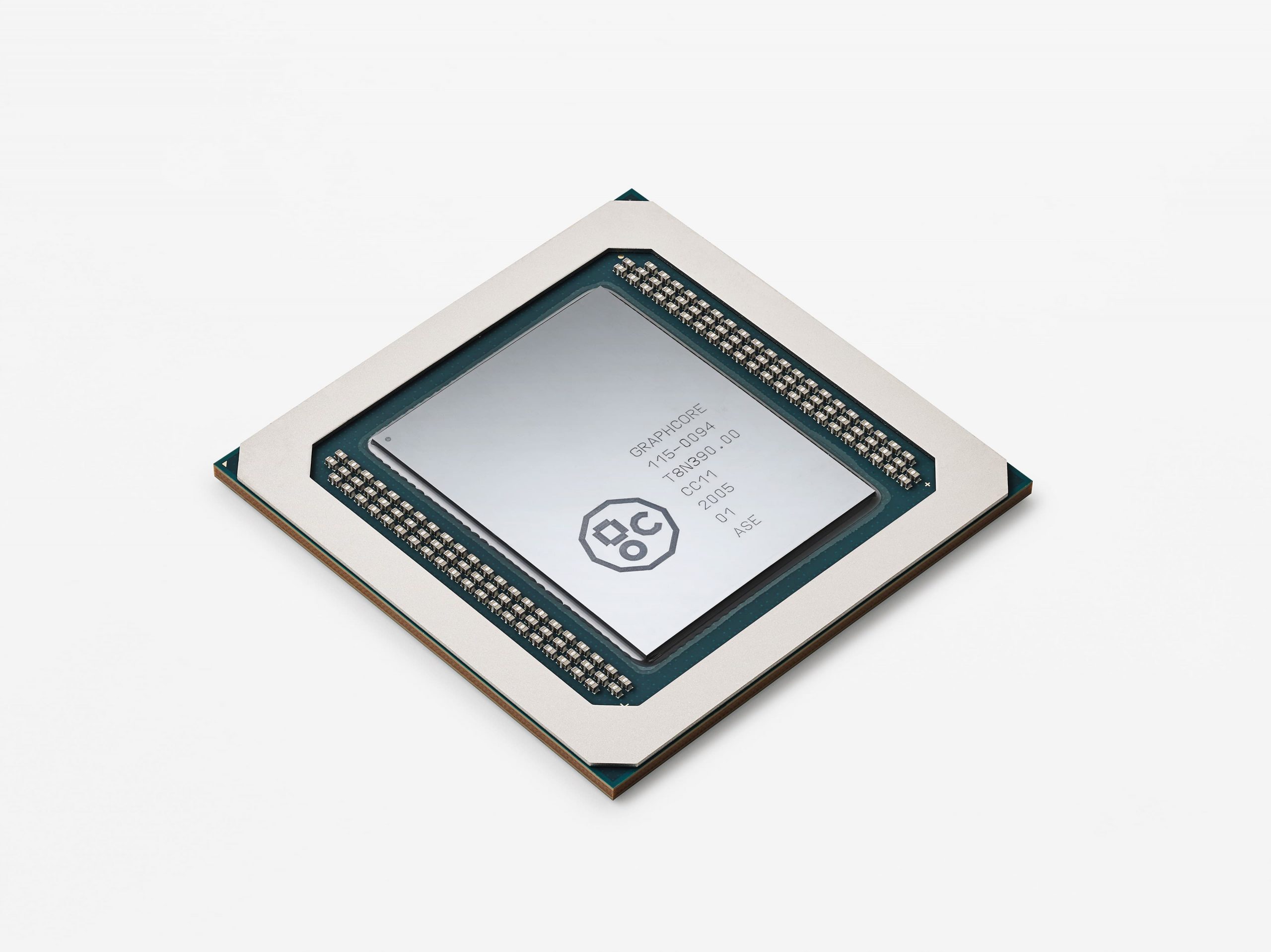 By Ryan Daws | July 15, 2020 | TechForge Media
Categories: Hardware, UK,
Editor at TechForge Media. Often sighted at global tech conferences with a coffee in one hand and laptop in the other. If it's geeky, I'm probably into it.

Each GC200 chip has 1,472 independent processor cores and 8,832 separate parallel threads, all supported by 900MB of in-processor RAM.

Graphcore says that up to 64,000 of the 7nm GC200 chips can be linked to create a massive parallel processor with around 16 exaflops of computational power and petabytes of power. Such a system would be able to support AI models with trillions of parameters.

“We are impressed with Graphcore’s technology for energy-efficient construction and execution of large, next-generation ML models, and we expect significant performance gains for several of our AI-oriented research projects in medical imaging and cardiac simulations,” comments Are Magnus Bruaset, Research Director at Simula Research Laboratory.

“We are also pursuing other avenues of research that can push the envelope for Graphcore’s multi-IPU systems, such as how to efficiently conduct large-scale, sparse linear algebra operations commonly found in physics-based HPC workloads.”

The GC200 is just the second chip to be launched by Graphcore. Compared to the first generation, the GC200 delivers an up to 9.3x performance increase.

Graphcore’s founders believe the IPU approach that the company is taking is more efficient than Nvidia’s GPU route. The ability to scale up to thousands of IPU processors in existing compute infrastructures could mean that the cost could be 10-20x lower than using GPUs.

Back in February, Graphcore announced that it had raised $150 million in funding for its R&D. The company’s total valuation is $1.95 billion.

Graphcore was fortunate to have secured its cash before the COVID-19 pandemic really hit – with many startups reporting difficulties obtaining vital funding where there was previous interest. Undoubtedly, the GC200 will help to power research to get us through this pandemic and all the other challenges the world faces now and in the future.