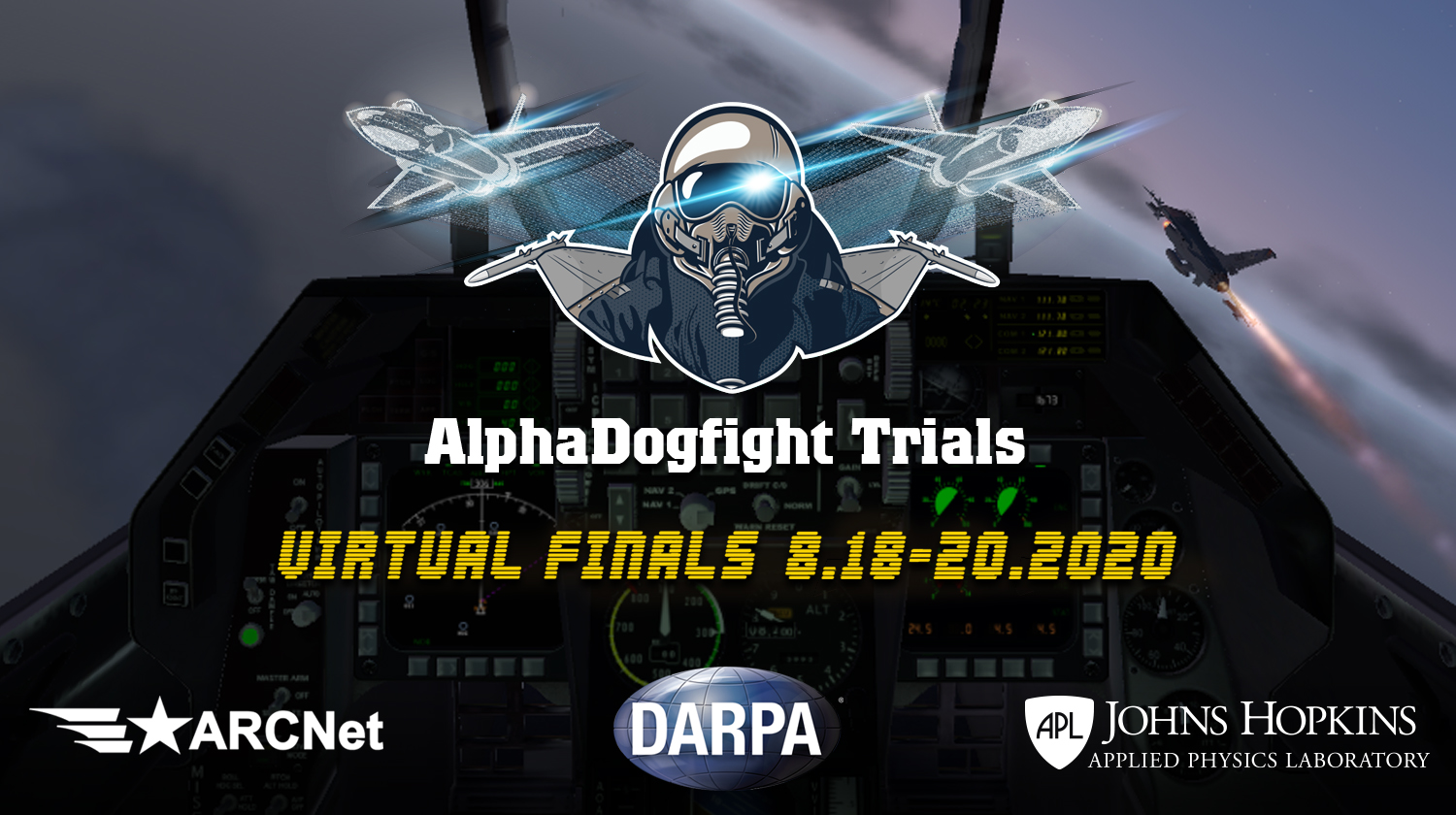 By Ryan Daws | August 10, 2020 | TechForge Media
Categories: Legislation & Government, Machine Learning,
Ryan is an editor at TechForge Media with over a decade of experience covering the latest technology and interviewing leading industry figures. He can often be sighted at tech conferences with a strong coffee in one hand and a laptop in the other. If it's geeky, he’s probably into it. Find him on Twitter: @Gadget_Ry

An upcoming event to display and test AI-powered jet fighters will now be held virtually due to COVID-19.

“We are still excited to see how the AI algorithms perform against each other as well as a Weapons School-trained human and hope that fighter pilots from across the Air Force, Navy, and Marine Corps, as well as military leaders and members of the AI tech community will register and watch online,” said Col. Dan Javorsek, program manager in DARPA’s Strategic Technology Office.

“It’s been amazing to see how far the teams have advanced AI for autonomous dogfighting in less than a year.”

The upcoming event is the final in a series of three and will finish with a bang as the AI-powered F-16 fighter planes virtually take on a human pilot.

“Regardless of whether the human or machine wins the final dogfight, the AlphaDogfight Trials is all about increasing trust in AI,” Javorsek added.

“If the champion AI earns the respect of an F-16 pilot, we’ll have come one step closer to achieving effective human-machine teaming in air combat, which is the goal of the ACE program.”

The first event was held in November last year with early algorithms:

A second event was held in January this year demonstrating the vast improvements made with the algorithms over a relatively short period of time. The algorithms took on adversaries created by the Johns Hopkins University Applied Physics Lab:

The third and final event will be streamed live from the Applied Physics Lab (APL) from August 18th-20th.

Day three is when things get most exciting, with the top four teams competing in a single-elimination tournament for the AlphaDogfight Trials Championship. The winning team’s AI will then fly against a real F-16 pilot to test the AI’s abilities against a human.

Prior registration is required to view the event. Non-US citizens must register prior to August 11th while Americans have until August 17th.

You can register for the event here.