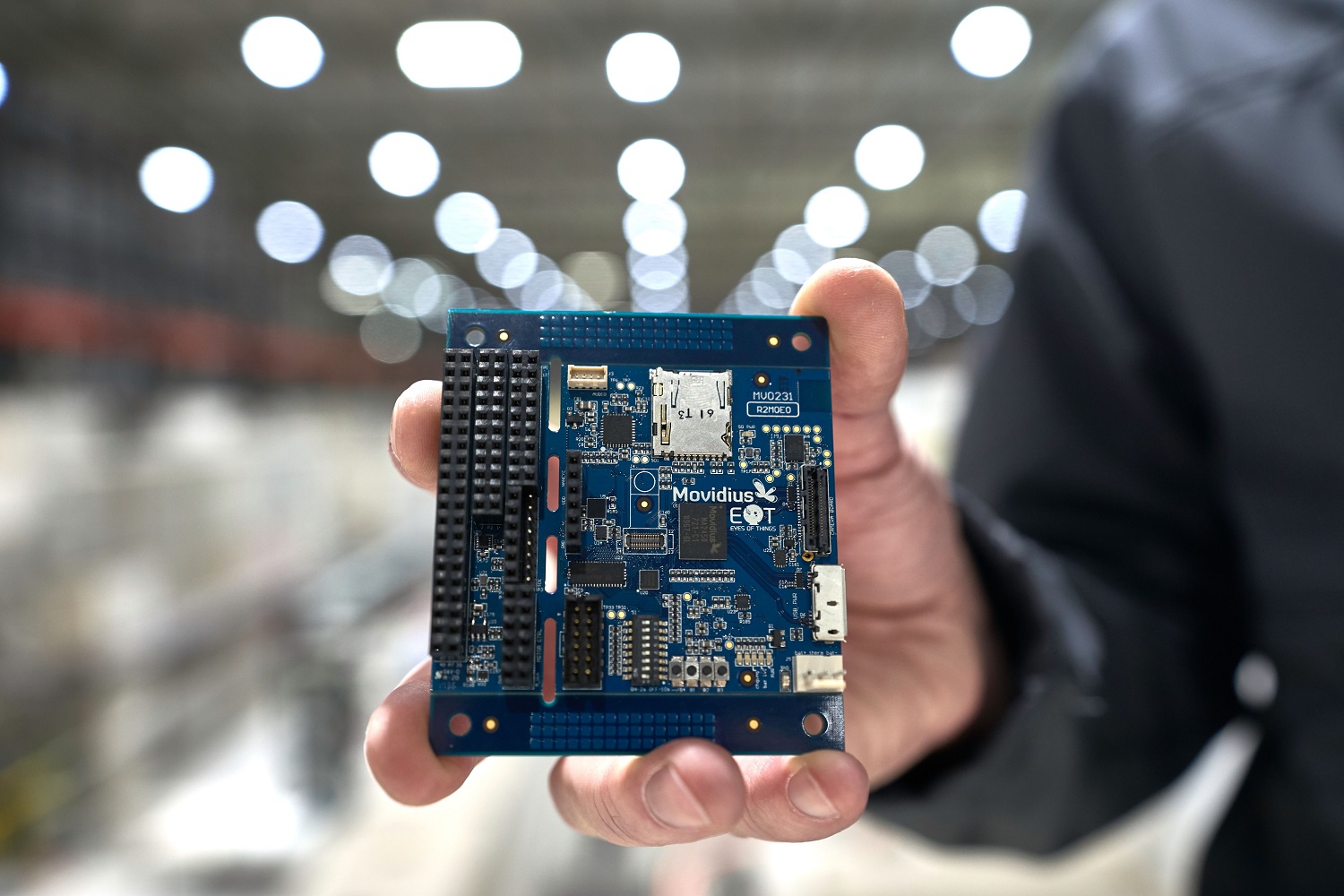 By Ryan Daws | October 20, 2020 | TechForge Media
Categories: Edge, Hardware, Intel, Space,
Ryan is an editor at TechForge Media with over a decade of experience covering the latest technology and interviewing leading industry figures. He can often be sighted at tech conferences with a strong coffee in one hand and a laptop in the other. If it's geeky, he’s probably into it. Find him on Twitter: @Gadget_Ry

The PhiSat-1 satellite is about the size of a cereal box and was ejected from a rocket’s dispenser alongside 45 other satellites. The rocket launched from Guiana Space Centre on September 2nd.

Intel has integrated its Movidius Myriad 2 Vision Processing Unit (VPU) into PhiSat-1 – enabling large amounts of data to be processed on the device. This helps to prevent useless data being sent back to Earth and consuming precious bandwidth.

“The capability that sensors have to produce data increases by a factor of 100 every generation, while our capabilities to download data are increasing, but only by a factor of three, four, five per generation,” says Gianluca Furano, data systems and onboard computing lead at the ESA.

Around 30 percent data savings are expected by using AI at the edge on the PhiSat-1.

“Space is the ultimate edge,” says Aubrey Dunne, chief technology officer of Ubotica. “The Myriad was absolutely designed from the ground up to have an impressive compute capability but in a very low power envelope, and that really suits space applications.”

The satellite’s mission is to assess things like polar ice for monitoring climate change, and soil moisture for the growth of crops. One day it could help to spot wildfires in minutes rather than hours or detect environmental accidents at sea.

A successor, PhiSat-2, is currently planned to test more of these possibilities. PhiSat-2 will also carry another Myriad 2.

Myriad 2 was not originally designed for use in orbit. Specialist chips which are protected against radiation are typically used for space missions and can be “up to two decades behind state-of-the-art commercial technology,” explains Dunne.

Incredibly, the Myriad 2 survived 36 straight hours of being blasted with radiation at CERN in late-2018 without any modifications.

ESA announced the joint team was “happy to reveal the first-ever hardware-accelerated AI inference of Earth observation images on an in-orbit satellite.”

PhiSat-1 and PhiSat-2 will be part of a future network with intersatellite communication systems.