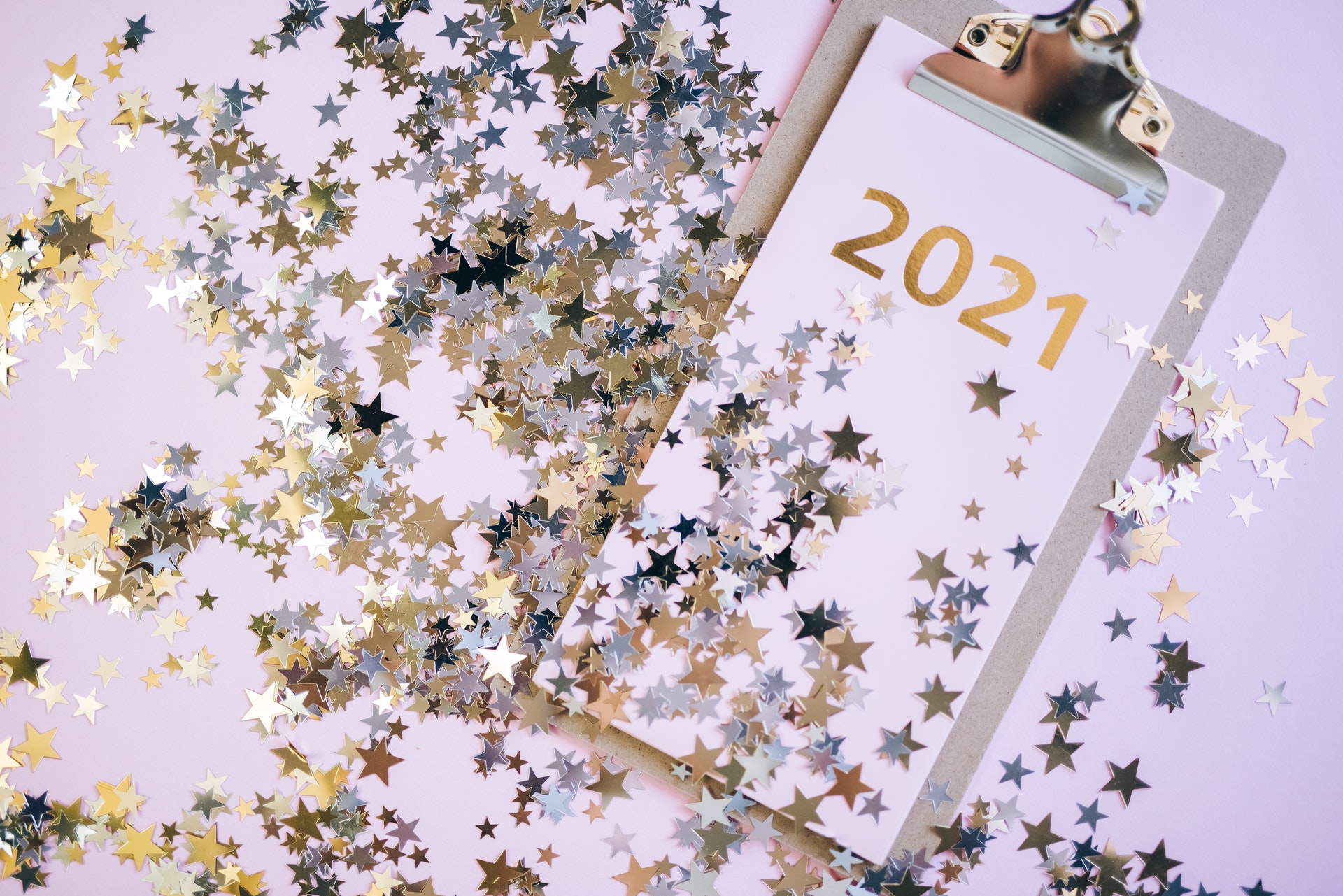 By Ryan Daws | March 3, 2021 | TechForge Media
Categories: Big Data, Blockchain, Deep Learning, Developers, Education, Enterprise, Machine Learning, Security, Virtual Assistants,
Ryan is an editor at TechForge Media with over a decade of experience covering the latest technology and interviewing leading industry figures. He can often be sighted at tech conferences with a strong coffee in one hand and a laptop in the other. If it's geeky, he’s probably into it. Find him on Twitter: @Gadget_Ry

Companies around the world have ramped up their AI deployments over the past year. As with any emerging technology, AI has brought significant opportunities but also its fair share of challenges.

In this feature, AI News takes a look at some of the most innovative companies leading the way in maximising the opportunities while minimising the challenges of artificial intelligence deployments. In alphabetical order:

Affectiva is an MIT Media Lab spin-off which specialises in building AI which can understand human emotions, cognitive states, activities, and the objects people use.

The company’s Emotion AI technology achieves this incredible feat through analysing facial and vocal expressions and was trained using more than 10 million face videos from 90 countries, representing one of the largest datasets of its kind. Furthermore, the data is purposefully diverse to help prevent the kind of algorithmic bias which has plagued some other solutions.

“Affectiva is humanising technology, building a world where technology understands people the way we understand one another, and forever changing how humans interact with technology and with one another in a digital world,” Affectiva CMO Gabi Zijderveld tells AI News.

One of the industries which most excites the company is automotive, an industry that is seeing rapid innovation mostly driven – no pun intended – by AI.

“Back in 2018, we launched Affectiva Automotive AI, the first multi-modal in-cabin sensing solution to understand what is happening with people in a vehicle. It uses cameras in the car to measure, in real-time, the state of the driver, the state of the occupants, and the state of the vehicle interior (i.e. cabin).

“This insight helps car manufacturers, fleet management companies and rideshare providers improve road safety, by understanding dangerous driver behaviour such as drowsiness, distraction and anger. It can also be used to create more comfortable and enjoyable transportation experiences, by understanding how passengers react to the environment, including content they can consume in the back of the car.”

Since the launch of Automotive AI, Affectiva has worked with an impressive array of transportation industry pioneers including Aptiv, Cerence, Hyundai Kia, Faurecia, Porsche, BMW, GreenRoad Technologies, Veoneer, and more.

This year, Affectiva is expanding its work in the automotive sector and will also be increasing its efforts in media analytics to understand audience engagement with a wide range of content.

Algorithmia aims to provide a single solution for all stages of the ML operations (MLOps) and management lifecycle. The company’s platform has been used by over 120,000 engineers and data scientists, including from the United Nations, government intelligence agencies, and various Fortune 500 companies.

“Across industries what we’re seeing is the industrialisation of ML and the rising need for enterprise-grade MLOps to move models out of the lab and into production,” Diego Oppenheimer, CEO of Algorithmia, tells AI News.

Algorithmia’s recent state of enterprise machine learning report highlighted the huge investments companies are planning to make in AI and ML this year in addition to the appetite for ways to manage it. This year, Algorithmia will be increasing its focus on helping enterprises to manage AI governance.

Amelia, an IPsoft company, aims to be “the most human AI for the enterprise” by delivering a conversational AI solution with all the best human elements of emotion, expression, and understanding.

The first iteration of the digital assistant was released back in 2014 and continues to advance. Amelia was called a virtual assistant leader by Forrester and Everest Group in 2019 and 2020, respectively.

Amelia has been refined by Kenneth S. Nugent, P.C. Attorneys at Law to act as a digital legal assistant. She is now the first point-of-contact for all inbound calls and serves the firm’s 40,000 monthly visitors. She signed 111 cases last September and earned approximately $500,000 in new business.

“Amelia is massively alleviating the demands on our case workers by removing mundane and time-consuming tasks,” commented Ken Nugent, founder and attorney at Kenneth S. Nugent, P.C. Attorneys at Law.

“It’s like giving a personal assistant to each of our case managers, so they can spend more time connecting with our clients and building winning cases.”

AI is advancing the offensive capabilities of cybercriminals and Darktrace is countering increasing threats with its Autonomous Response technology, a self-learning AI which is modelled on the human immune system and used by over 4,500 organisations to protect against threats to their clouds, emails, IoT devices, networks, and industrial systems.

“When it comes to the cyber threat landscape – we have entered a new area. Security teams are overwhelmed not only by the volume of attacks but their sophistication. The reality is we are up against silent but deadly attacks – where the perpetrators enter a company unknown and then move at machine speed to cause damage,” explains Max Heinemeyer, Director of Threat Hunting at Darktrace.

“Legacy security tools, based on creating rules and signatures for known attacks, are simply no good against these novel threats we see today.”

The company was founded in 2013 in a collaboration between British intelligence agencies and Cambridge University mathematicians and has a stellar advisory board featuring the likes of Alan Wade, former CIO of the CIA and Lord Evans of Weardale KCB, former Director-General of the British security service MI5.

“Some other solutions claim to be using AI – but it is important to remember that not all AI is equal. These tools are really analytics tools that create reports after an event has occurred.

“Darktrace AI sits in the heart of an organisation and is self-learning – it understands the unique pattern of life for that organisation. From that understanding, it is then able to detect when activity deviates from that normal pattern, indicative of malicious activity and, crucially, it is able to take intelligent action to stop the behaviour in its tracks.”

Recently, the company announced its work with the Vatican Library—a gargantuan effort to digitalise over 80,000 documents to preserve them against time. Darktrace is catching more than100 threats to the library every month.

Darktrace will be continuing its efforts this year to stay ahead of attackers using ever more creative and capable means.

“We’re seeing an increase in automated attacks and we expect attackers will leverage AI themselves to launch even more sophisticated, targeted, and stealthy attacks. We need to keep up with these attacks, and fight fire with fire, using AI.”

“Fetch.ai’s network is based around open source technology and we want to enable users, businesses, and organisations to access the power of AI so they can carry out complex coordination tasks in the modern economy,” Fetch.ai CEO Humayun Sheikh tells AI News.

The company’s roster features talent with experience from DeepMind, Siemens, Sony, and a number of esteemed academic institutions.

Fetch.ai’s testnet launched in October 2020 and its mainnet is due to launch this month. Ahead of the launch, Fetch.ai has been ramping up partnership announcements with the likes of Bosch and Festo.

“They see the value of implementing a decentralised manufacturing framework using Fetch.ai’s agent-based-approach. The tangible benefits include supply chain optimisation based on real-time information, increasing the responsiveness of the enterprise to the market requirements, a higher degree of autonomy in manufacturing, and delivering personalised, tailored orders to customers.”

Following the launch of their mainnet this month, Fetch.ai will be focused on launching toolkits to help businesses build solutions with multi-agent systems

“With open source enterprise deep learning software, developers can freely innovate until they’ve created something to go to market. Only then do they pay for the software,” explains Shawn Tan, CEO of Skymind.

“With other tools, you have to start spending money on the cloud—which is quite a significant cost upfront for startups or independent developers and can be a financial barrier to creating the AI applications you want.”

The company created Deeplearning4j, the deep-learning framework for the Java Virtual Machine.

“By providing clients with supported free access to Eclipse Deeplearning4j and other open-source tools, Skymind is enabling innovation capabilities for everyone and democratising the accessibility to AI development.”

Coming off a year when the healthcare industry has never received so much attention, Skymind is excited for the potential of AI to make groundbreaking advancements.

“The first solution we’ve deployed in this area is Axial AI, a breakthrough that emerged during the pandemic last year. This is AI software that provides solutions for multiple disease analysis for hospitals and research facilities.

“It was initially used as a CT scan diagnosis platform to help medical teams analyse the progression of COVID-19 in patients faster and with an accuracy rate of more than 90 percent. Through AI innovation, the tool automates the analysis of CT scan images within 10 seconds, thereby speeding up the recovery strategy for an infected patient.

“Without assistance from the innovation, doctors can take up to 30 minutes to examine results—and the potential margin for error is much higher.”

Skymind has bold visions for the future and is hoping to raise another fund this year to invest in more AI companies; with a focus on the UK and across Europe. The company is also involved in pioneering smart city projects around the world such as Iskandar in Malaysia which aims to use AI to make it work well for citizens.

SparkCognition’s range of artificial intelligence products have already won several awards. AI News sees those awards as fully justified and the company is definitely one to watch this year – and beyond.

“SparkCognition’s core mission is to use AI to catalyze growth – for individuals, organisations, industries, and the scientific community as a whole. We are focused on real-world, meaningful applications of AI that make a nearly immediate difference to our customers,” explains Amir Husain, Founder and CEO of SparkCognition.

“Our core platform hasn’t been retrofitted to adapt to AI, it’s been engineered with AI capabilities – such as neuroevolution, deep learning, and reinforcement learning – from the ground up. Our products can either stand independently or be deployed as an interoperative suite depending on the customer or industry’s unique needs.”

One recent exciting partnership SparkCognition has formed is with Boeing, to bring AI to aviation. AI News recently covered one of the fruits of the joint venture, SkyGrid, an AI-first OS for drones that also incorporates blockchain to mandate airspace rules and ensure compliance.

“We strongly believe that the skies of the future will be filled with millions of autonomous drones of all shapes and sizes, conducting all types of missions.

“How do you deal with the infrastructure needs of this new era? With SkyGrid we are building just that infrastructure; an AI-first operating system for future aviation that encompasses route management, regulatory integration with the FAA, predictive and prescriptive maintenance, collision avoidance, integration with conventional air traffic control (ATC), and even autonomous cybersecurity for manned and unmanned aircraft.”

Last month, SparkCognition acquired financial technology company AIM2. The company will be using that acquisition to grow its capabilities in financial services this year but will also be deepening its work in other verticals such as automotive, defense, renewable energy, and manufacturing.

Husain teases that SparkCognition is currently considering further acquisitions… so watch this space.

(Photo by Olya Kobruseva from Pexels)

2 comments on “Featured: AI News’ list of innovative companies to watch in 2021” 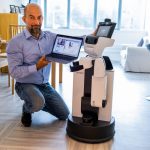