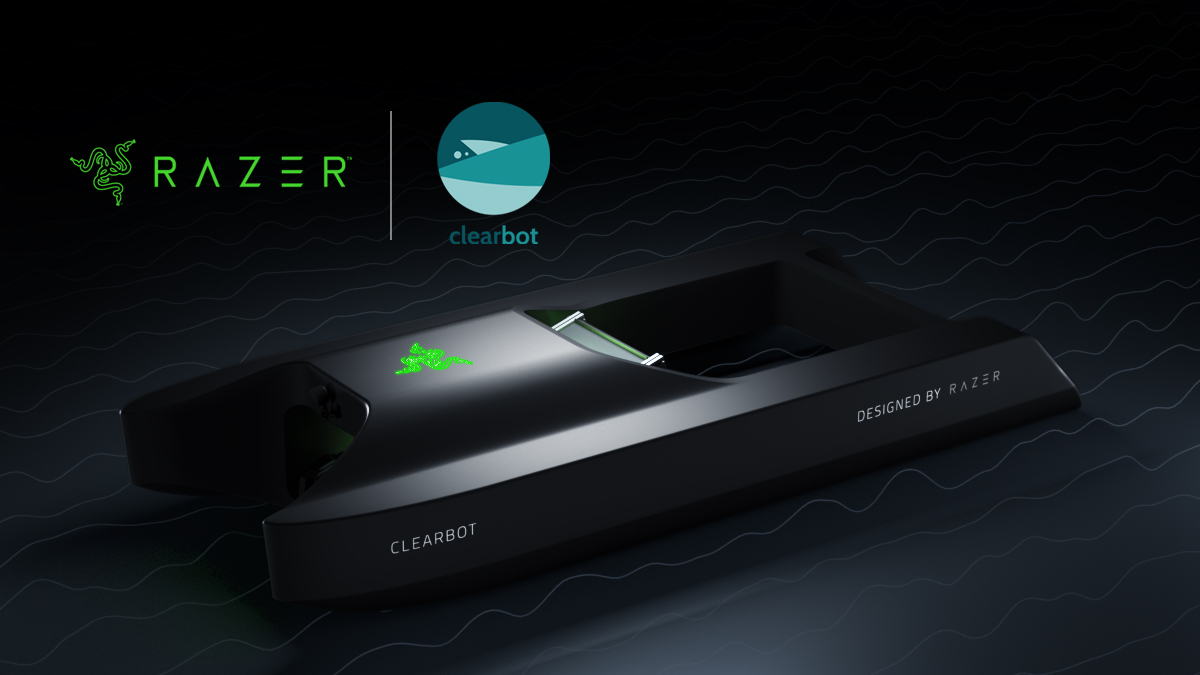 By Ryan Daws | June 8, 2021 | TechForge Media
Categories: Robotics,
Ryan is an editor at TechForge Media with over a decade of experience covering the latest technology and interviewing leading industry figures. He can often be sighted at tech conferences with a strong coffee in one hand and a laptop in the other. If it's geeky, he’s probably into it. Find him on Twitter: @Gadget_Ry

Razer has partnered with marine waste cleaning startup ClearBot to advance the use of AI and robotics to reduce ocean pollution.

The pair announced their partnership in celebration of World Oceans Day and is part of Razer’s 10-year #GoGreenWithRazer campaign that will see the company make green investments to support environment- and sustainability-focused startups.

“We are extremely happy to have the opportunity to work with a startup focused on saving the environment.

ClearBot’s unique AI and advanced machine learning technology will enable and empower governments and organisations around the world to broaden their sustainability efforts.

We urge other innovative startups to reach out to Razer for collaboration opportunities as we strive to make the world a safer place for future generations.”

Around eight million metric tons of plastic is dumped into the oceans each year. For perspective, that’s about 17.6 billion pounds worth—or the equivalent of 57,000 blue whales.

As these plastics break into smaller pieces due to wave action and sun exposure, these microplastics also end up in our food chain in addition to releasing chemicals that further contaminate the sea.

Hypoxic ‘dead’ zones – areas of such low oxygen concentration that animal life suffocates and dies – are on the increase. In 2004, scientists found 146 hypoxic zones. By 2008, that number had swelled to 405. In 2017, scientists found a dead zone in the Gulf of Mexico equivalent to the size of New Jersey.

The team behind ClearBot design robots that leverage AI-powered computer vision to identify marine waste and retrieve it to be responsibly disposed of.

“The Razer team’s action-oriented approach to solving marine waste issues was extremely eye-opening. We are grateful to the team who volunteered their time for this project.

With the new model, we’re confident in extending our reach globally to protect marine waters, starting with partners which include marine harbour operators in Asia and NGOs who have already expressed interest.

Together with Razer, we look forward to effecting positive change for the world.”

ClearBot is calling on the community to upload photos of marine plastic waste commonly found in open waters to their website that will be used to help improve the robot’s waste-detection AI algorithm.

You can find out more about World Oceans Day from the United Nations’ website here.